Causes, Symptoms and Cure of Obesity 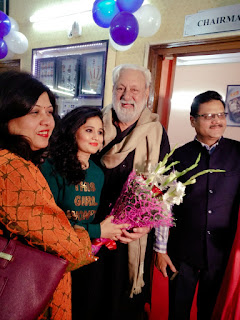 Mostly our ancestors, grand parents lived a very healthy life. There was less addiction of Tv, cell phones, junk food and their daily chores indirectly involved a lot of exercise. Although they ate a lot of ghee, oil, butter but due to their daily chores, their life was balanced that is they faced less lifestyle diseases. Today, in this era, children know only about video games, cell phones, computer, they are least interested in outdoor games. Also, children as well as adults are totally dependent on saturn, moon , pisces dominant foods that is processed/packaged foods with no such physical exercises. These food items are full of chemicals (neptune ruling chemicals), majorly affecting immunity of the body (neptune ruling immunity). Here, neptune ruling chemicals gets activated in a negative way and affects immune system resulting in different lifestyle diseases, one such is Obesity. Obesity is one of the most common lifestyle disease.

Obesity occurs when a person has deposition of fats in excess in the body. Fats is ruled by Jupiter. Jupiter is the planet of expansion. So people consuming a lot of refined, processed foods fall prey to obesity. Obesity is ruled by jupiter, venus and taurus. Venus makes a person sweet tooth and fond of acidic and luxurious food. Taurus sign being the 2nd house of the horoscope  decides the eating habits of the native. Obesity is caused by eating too much of sweets, processed foods like chips, burger, pizza, cold drinks etc that is consuming a lot of saturn, moon, pisces, jupiter, venus ruling foods which are in acidic form. These foods only affect in a bad way. Sweets too are ruled by jupiter. Increase of fat consumption leads to gain in weight. It can also be caused due to hormonal problems. Hormones are ruled by moon. Moon being the karaka of mother and indicates mental and physical health of the native. Also, moon chart holds much importance to determine health issues of a native apart from lagna chart. Native with afflicted moon in their horoscope may get addicted to such foods leading to hormonal issues thereby giving obesity. Obesity can be inherited as well. Inheritance is ruled by jupiter, 4th and 8th house of a horoscope.

But you don't have to worry, there is cure for every lifestyle disease. All you have to do is to improve your diet by planning your meals and eating right. Here are some remedies to be done to cure obesity :

1. Lemon - Lemons are ruled by sun, leo and saturn. Body is ruled by sun and aries. Sun represents general health of an individual. Squeeze (squeezing is ruled by sun ) 2 lemons in lukewarm water and drink it daily in morning empty stomach. It will help reduce obesity and makes immunity strong. Lemons also contain Vitamin C which is ruled by saturn.

2. Pineapple - Pineapples are ruled by mars. According to kalapurusha chart, aries rules the first house of the horoscope which represents the native itself. Also eight house or scorpio sign represent longevity of the native. Including pineapple in diet helps reduce obesity and suppresses the appetite as well. Appetite too is ruled by mars and aries sign. Daily drink 1 glass of pineapple juice. Also try to drink it slowly, not in a hurry.

3. Honey + Lemon - Drinking a glass full of lukewarm water first thing in the morning with honey and lemon juice added to it helps reduce weight in few months. Honey is ruled by jupiter, venus and leo. Remember use raw (ruled by saturn) honey for fast and visible results. Venus and jupiter makes a person sweet tooth which causes obesity, diabetes etc. This is caused only when a person eats a lot of processed sweets. Although raw honey is also sweet still it is good for health and will never harm the body as it is the part of nature. Man made sweets, deserts are all chemicals and refined foods which activate malefic planets and cause different ailments. 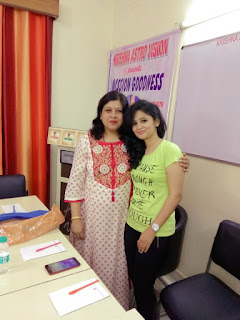