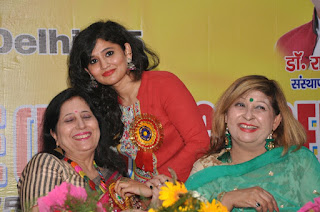 What is the meaning of conjunction in astrology?

We know that for sound health, a medical astrologer should carefully diagnose the position of lagna, lagna lord(ascendant), moon and sun. Also , malefics in 3/6/11 houses and benefics in kendras help in restoring health and longevity of native. But if lagna , lagna lord , moon sun are associated with ie conjunct , aspected or posited in 6/8/12 houses or with 6/8/12th lords or in Rahu/Ketu axis , health of the native suffers.

In this post, i will be discussing about how health suffers due to different conjunctions.

NOTE : Only those conjunctions which are less than two degree are considered(which will give result).

Role of Eighth lord : Firstly, we know that 8th lord and 8th house promotes longevity . If 8th lord is adversely afflicted then longevity of native suffers. Also if lagna lord is conjunct with 8th lord under benefic influence provides protection to native's health.

Role of Rahu/Ketu Axis : Rahu ketu axis conjunct with any planet destroys its natural karaktatwas. Also , if lagna is in rahu ketu axis or lagna lord is in deep conjunction with rahu/ketu adversely affects the health and longevity of the native . This adversity can be reduced if under benefic influence.

Role of Navamsa : If deep conjunctions of planets affecting health of the native , separates in navamsa (D9) chart, the malefic influence gets reduced.

Role of Degree of Longitude of  Ascendant : If any malefic planet like mars/saturn/rahu/ketu are placed in ascendant and are in close degree of longitude of ascendant ,results in severe health issues and affects longevity as well.

Here is an Example :


The above charts of a native, Lagna/Ascendant and Navamsha respectively indicates the ill health due to various reasons. Also the degree of lagna and the planets are also shown in lagna chart.

Firstly, native is Sagittarius ascendant and moon sign Taurus. Ascendant lord being jupiter placed in 11th house ( Trik House) , aspected by 6th lord venus indicates loss of health. Also , all the malefics placed in kendras also affecting natives health. A malefic ketu present in lagna , close to the cusp(degree of longitude) of lagna severly affecting health. Moon being the karaka of mind placed with mercury in 6th house, is also not giving any protection, instead giving an unstable mind(depression to the native). Sun being the natural significator of health is also afflicted due to rahu ketu axis. Although if we have a look in navamsha chart, Jupiter and venus both the benefics in kendras giving some protection to the native's health .Saturn being the 6th lord aspecting lagna and mercury, the ascendant lord  placed with 8th lord malefic mars , looses the planetary warefare is giving no protection to the native's health. So , overall this native is not having a good health due to innumerable malefic associations.