Foods that cause Heartburn 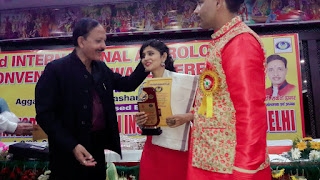 Heartburn is one of the digestive problems or stomach disorder (ruled by moon and cancer sign) which is quite painful and uncomfortable. Leo, cancer and venus rule heartburn. Native with afflicted leo and cancer signs and venus in their horoscope are susceptible to experience heartburn which is also called gastro-oesophageal reflux (in medical terms). But it can be cured if one knows the best ways to manage it.

If one improves his/her lifestyle (sun ruling life and lifestyle) and makes changes in diet (mercury. virgo, moon and 6th house ruling diet) according to their horoscope, then it is not at all difficult to get rid of this disease.

Following are some foods that are responsible for heartburn :

1. Milk - Natives who drink whole fat milk in excess face heartburn in larger extent. Milk is ruled by moon, cancer, venus, 4th and 6th house of the horoscope. High fat is ruled by jupiter. Also anything in excess is bad for the body, as excesses is ruled by jupiter, mars and neptune. It is not only the milk but the high fat in the milk which is the main culprit.

2. Alcohol - Neptune, pluto and uranus rules alcohol and alcoholism. And alcohol is a very common trigger for heartburn. Afflicted neptune in the horoscope makes a person addict and deteriorates the health. And if it is making difficult (ruled by 12th house and saturn )for you to leave alcohol, start limiting its consumption.

3. Chocolate - Chocolates are ruled by jupiter and venus but it is also one of the reasons of heartburn. Person who have strong sugar cravings lead to various health issues. Chocolates are related to caffeine (ruled by neptune) which weakens the valve, where uranus rules the valves. You can include small amount of dark chocolate or low fat yogurt to reduce the effect of heartburn.

4. Avocados - Avocado is a savoury (ruled by mercury) fruit. It is very creamy (jupiter and moon rules creamy things) and delicious.Its loaded with many good fats namely monosaturated and polyunsaturated but it also has a very high fat (ruled by jupiter) content in it. As we know jupiter is the planet of abundance and expansion. Anything in excess can cause problems to health. High fat content slows the digestive processes. Interference with digestive processes can affect moon, jupiter, virgo sign of the horoscope, due to which food stays in the stomach for longer period thereby creating pressure on the valve causing heartburn and stomach disorders (ruled by moon and cancer sign).

5. Tea and Coffee- Neptune, mars and pluto rule coffee and tea is ruled by venus and neptune. Both tea and coffee contain caffeine which is ruled by neptune too. Caffeine weakens the valves which causes heartburn. If you are really addicted to tea and coffee, best alternative to soothe heartburn is to include peppermint tea in your diet as peppermint is ruled by venus, jupiter, mars and sun which is very good for health and specially for people who are serious patients of heartburn.