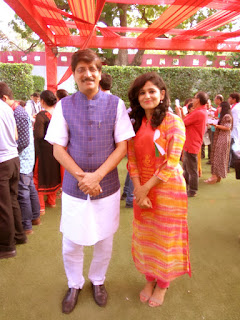 In my previous post "Liver Diseases - Symptoms" I discussed about the role of liver in our lives and reasons of facing kidney troubles. Following act as enemies of liver in our body :

1. Medicine doesn't work - Many people try to become their own doctor (ruled by Mercury, Virgo, 6th house, Jupiter and Scorpio). People buy medicines ( ruled by Saturn, Neptune, Virgo, Scorpio) which they like and start consuming them without taking the advice of a doctor. If you LOVE medicines then you will get kidney troubles (ruled by 7th house, Venus, Libra, Scorpio ) as a gift. Consuming wrong medicines or in much amounts is a danger for your liver. Painkillers (ruled by Jupiter) are main reason for it. If you have any problem try to take proper guidance from doctor and try not to consume any type of medicines. Also try to read the warning ( ruled by Saturn ) on the medicine packet as well before consuming it.

2. Uncontrolled BP is Dangerous - Nowadays, due to unhealthy lifestyle people are facing problems related to Blood Pressure (ruled by Jupiter, Saturn) and diabetes (ruled by Jupiter, Venus, Virgo, Saturn). Such bad habits (ruled by Saturn, Moon and 1st house) affect kidney. Generally it is seen that people facing problem related to blood pressure also face diabetes. Such people specially need to take care of their kidney. Try to take medicines prescribed only by the doctor. Do exercise (ruled by Mars) daily.

3. Kidney stone - Stone present in kidney or tube affects the downward portion of your back. In such case people take painkillers to avoid this pain. Painkillers have no effect of the kidney stone (ruled by Scorpio, Saturn , Mars). Gradually, one of the kidney having stone in it will be badly affected and then the body depends on the other kidney. Since blood (ruled by Moon) will start filtering only through one kidney, this part gets pressurized and gets badly affected too. So, try to take right guidance before taking any action.