Steps to Cure and Detox Kidney ! 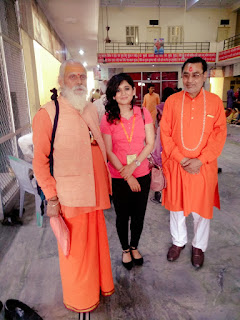 In my previous posts " Liver Diseases - Symptoms " and " Enemies of Kidney " you can read about things or habits causing kidney troubles and what are the symptoms. In this post I will discuss about detoxification of kidney and how to make your kidney healthy.

You can make your kidney (ruled by 7th house, Venus, Libra, Scorpio) healthy by doing its detoxification. Start it everyday in the morning -

1. Start your day with the Detox water (ruled by Moon, Cancer, Neptune, Pisces ). It helps in flushing out harmful substances (ruled by Mars, Saturn) from the body. All you have to do the previous night is take a jug made up of glass and put sliced lemons (ruled by Sun, Leo, Saturn) in it. Next day transfer it in a 1 liter bottle and drink this water whole day. Remember not to store lemon water in brass (ruled by Venus, Sun) /copper (ruled by Venus, Taurus, Libra) vessel.

2. Always drink one or two glasses of normal water after waking up daily.

3. You can also take lemon (ruled by Sun, Leo, Saturn) water daily in morning. Squeeze half a lemon in one glass of water.

4. Another option is lemon water and jaggery, salt (ruled by Aquarius, Saturn). Squeeze half a lemon in one glass of normal or warm water, 5-10 gm of jaggery and pinch of salt.

5. Squeeze half a lemon and ginger (ruled by Moon) in one glass of warm water.

6. Combination of water and turmeric (ruled by Jupiter and Saturn) is the best combination to detoxify the body. Curcumin present in turmeric helps in detoxifying the body. Boil one glass of water and add 1 tbsp of turmeric powder and boil it for 1-2 minutes. Strain and drink it.


Following are some steps to help your kidney remain healthy :

2. Magnesium (ruled by Sun) is very important for kidney. It is present in green vegetables. So, eat okra, bottle gourd, tomatoes, cucumber etc.

5. Eat grapes (ruled by Venus, Sun). It will help flush out uric acid (ruled by Saturn) present in the body.

8. Do exercise (ruled by Mars) daily.