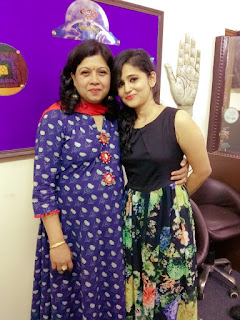 
For the first two habits you may refer to the previous post 'Five Habits that increases the risk of Heart Attack in Winters (Part 2)'.
4. Not taking care of Pollution : Increase in Pollution (ruled by Pluto, Neptune, Saturn) in winters is a cause of increase in problems related to lungs (ruled by 3rd house, Gemini, Mercury) and blood circulation (ruled by Sun, Aquarius). These are also some of the reasons of heart diseases (ruled by Sun, Leo, 5th house, Jupiter, Pisces).
What not to do -
a. Don't go outside when pollution level is high.
What to do -
a. Wear mask (ruled by Saturn, Neptune) if its very urgent to go outside.
b. If level of pollution is very high, instead walking (ruled by Mercury, Gemini, 3rd house) in the open areas you can go to gym (ruled by Mars) and walk on treadmill. Speed (ruled by Mercury, Uranus, Mars) of treadmill should be normal.
5. Bad and Unhealthy Lifestyle : Heart patients can reduce the effects of winters (ruled by Saturn) in their life which affects their health drastically by adapting healthy lifestyle.
What not to do -
a. Some people suddenly starts exercising (ruled by Mars) in winters though they were not doing before which is a shock (ruled by Uranus) for their heart.
b. Consult a doctor before doing any exercise.
c. If you want to start Yoga (ruled by 9th house, 12th house, Sagittarius, Pisces), consult a yoga guru and then start it to avoid any risks if any.
d. Avoid stress (ruled by Uranus) which is one of the causes of heart attacks.
What to do -
a. Exercise :
* Proper Exercising (ruled by Mars) in winters (ruled by Saturn) is very beneficial for heart patients.
* Any exercise which included deep inhalation or exhalation (ruled by Jupiter, Mercury, Gemini) is very beneficial. But try to do it slowly.
* Walk slowly without breathlessness.
* Try to walk for 35-40 min daily that is you have to walk for 3-4 kilometre daily. Do it in one go or two to three times in a day.
* Walk in a such way (take care of speed) which doesn't causes breathlessness or chest (ruled by 4th house, Cancer) pain .
* Don't perform hard exercises or such exercises which gives a lot of load on the heart.
* You can also perform PT exercises if you want which students perform in the school but has to be done slowly.
* Try to do only light exercises which helps in maintaining blood circulation  (ruled by Sun, Aquarius), avoid in open areas. Do exercises in sunlight (ruled by Sun) or in a room with normal temperature (ruled by 3rd house, Mars, Saturn).
* Try to perform exercises related to hands and legs joints (ruled by Saturn, Capricorn, 10th house) according to your capacity. Such exercises helps increases flexibility (ruled by Venus, Mercury, Neptune) in your joints and helps maintain blood circulation as well.
b. Yoga :
* Yoga(ruled by 9th house, 12th house, Sagittarius, Pisces)  keeps you healthy.
* You can try the following asanas - Trikonasana, Padahastanasana, Shashankasana, ArdhaVakrasana, Uttana Padasana, Merudandasana, Bhujangasana and Shalabhasana.
* Do Alulom Vilom and Kapalbhatti on regular basis. You can do 5-10 min in a day two or three times but slowly. Also you should be either empty stomach or try to do it at least 2 hrs after the meal. Perform kapalbhatti only when BP is under control.
* You can also do Pranayaam slowly. Severe heart patients avoid this. Remember to do it for 3-5 minutes in a day.
6. Alcohol consumption : Consuming alcohol (ruled by Neptune, Pluto, Uranus, Gemini, Mars), cigarette (ruled by Neptune, Pluto, Mars) etc also causes heart ailments. People increase their alcohol level specially in winters to avoid cold.
What not to do - All items containing alcohol etc are dangerous for health. Avoid brandy, rum, wine, whisky etc.
What to do - Avoid drinking or smoking (ruled by 2nd house, Taurus, Mars, Venus, Rahu, Ketu). If you cant stop then start by reducing the amount.